How To Do Stiff-Legged Deadlifts 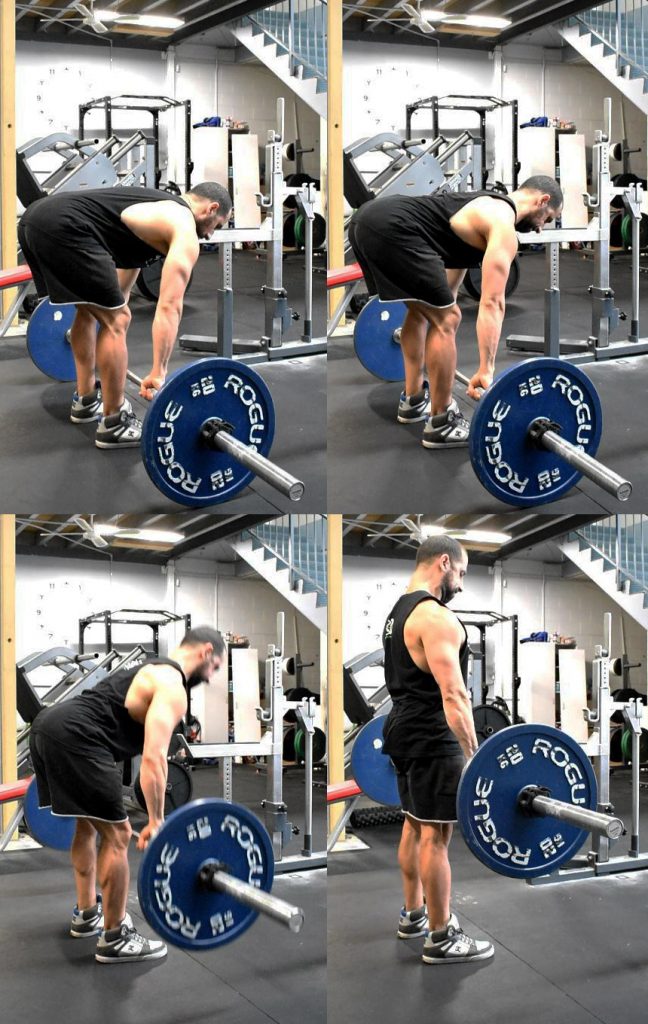 Due to the extended knee position and hip hinge type movement, I always thought the stiff-legged deadlift (SLDL) would work the hamstrings and glutes more than a regular deadlift. After reviewing the current literature, I was partially wrong.

Lee et al. had subjects use 70% of their Romanian deadlift 5-rep max on the conventional deadlift and Romanian deadlift and performed 3 repetitions. The conventional deadlift showed greater activation of the glutes. The biceps femoris (one of the hamstring muscles) showed no difference in muscle activation between the two exercises. This study is important as the load was matched between exercises.

These are the only 2 studies that compared a regular deadlift with the SLDL. It’s difficult to say if there are any differences in glute and hamstring activation between these 2 deadlift variations.

The second study slightly contradicts the first study. The load was significantly higher in the deadlift group, yet bicep femoris activation was the same between the two deadlift types. Based on the available evidence, it’s difficult to say that the SLDL works the hamstrings and glutes more than a traditional deadlift. However, using the SLDL places less stress on the quadriceps and is probably less fatiguing than a normal deadlift due to the lighter loads. The stiffed legged deadlift could be used to add some volume to the hamstrings with less total body and quadricep fatigue than a normal deadlift. However, the back extensor muscles are activated highest in the stiffed legged deadlift compared to a regular deadlift.